How Conservative Pacing Can also Be Aggressive Pacing

On June 6, 2021, Sifan Hassan of The Netherlands smashed the women’s 10,000-meter world record in the Dutch town of Hengelo, besting Ethiopian Almaz Ayana’s mark of 29:17.45 by more than 10 seconds. Two days later, the Ethiopian Olympic Trials Women’s 10,000m was held on the same track. Nobody expected the record to go down […] 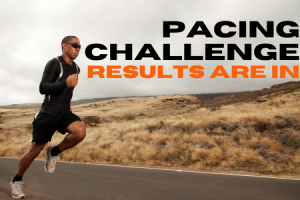 The Results of the 80/20 Endurance Pacing Challenge Are In!

A few weeks ago, I invited readers of this blog to participate in what I chose to call the 80/20 Endurance Pacing Challenge. Here are the instructions I gave: First, determine your average pace per mile or per kilometer in your last half marathon. Next, go for a run. After warming up, run one mile or […] 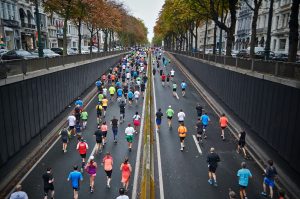 How to Pace the Boston Marathon

In a recent post of mine—one that, like a number of my recent posts to this blog, dealt with the subject of pacing in running—I concluded with the following observation: “A masterful pacing performance like Scott Fauble’s 2:08:52 finish at this year’s Boston Marathon, which he achieved with dead-even 1:04:26 first- and second-half splits, are […] 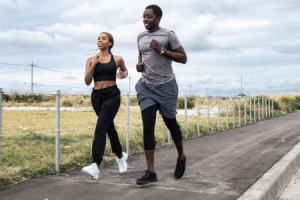 Pacing is such a familiar part of the sport of running that it’s often taken for granted. Few runners spend much time thinking about pacing. Not coincidentally, most runners also aren’t very good at pacing. The purpose of this article is to explain what pacing is. Having a clear understanding of this vital running skill […] 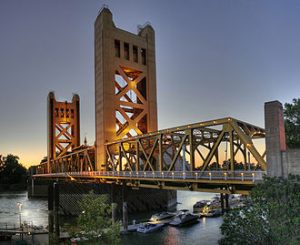 First Look at Ironman® California The newly-announced Ironman California has infused some much-needed excitement into the 2021 racing season. The inaugural Sacramento event will take place on October 24, and while a new Ironman course always generates some buzz, this venue has all the components to be the fastest on the circuit. Coach David was part […] 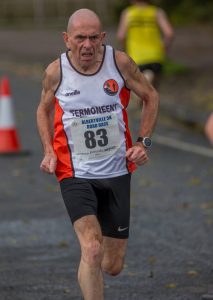 Fifty Is the New Whatever

The 2020 Antrim Coast Half Marathon was exceptional simply by virtue of happening. It was one of the first sizeable road running events to take place after the COVID-19 pandemic swept the planet. But the race became even more exceptional when 60-year-old Irishman Tommy Hughes crossed the finish line in 1:11:09, smashing the age-group world […] 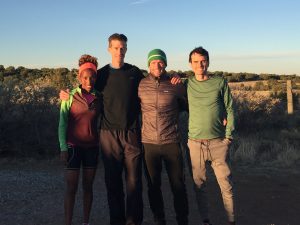 Recently I received a text message from Matt Chittim, host of the Rambling Runner podcast. In it, he informed me that he is several months away from turning 40 years old and he wants to mark the occasion by pursuing the goal of breaking 40 minutes for 10K. His purpose in texting me was to […] 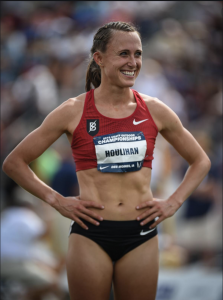 There’s a runner I coach, we’ll call him Jeremy, who’s concerned about his weight. It’s not that he’s overweight and worried about developing type 2 diabetes or heart disease. Rather, Jeremy is light and lean but just not quite as light and lean as the elite trail runners whose ranks he aspires to join—and it […] 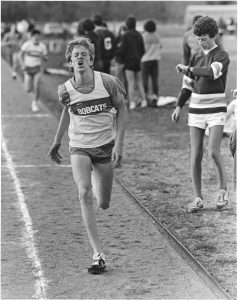 Pressure Is a Double-Edge Sword

In 2015, economists Daniel Hickman and Neil Metz conducted an interesting study on the effect of pressure on performance in professional golfers. Data from the final hole of PGA tournaments taking place between 2004 and 2012 was analyzed to determine the effect of financial stakes—specifically how much money was riding on draining a putt—on performance. […] 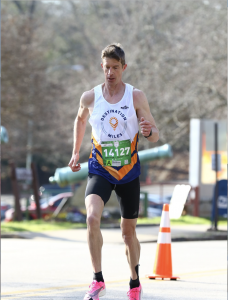 To What Extent Is It Possible to “Cram” for a Marathon?

We’re all familiar with the phenomenon of cramming. You fail to attend any of your American Civilization 101 classes or to do any of the required reading all semester, and then, with one week remaining before the final exam, you hit the books and burn the midnight oil in a heroic effort to catch up […] 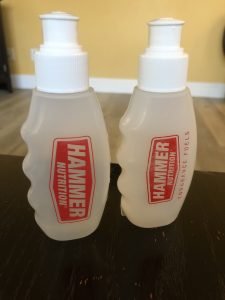 The latest edition of the International Journal of Sport Nutrition and Exercise Metabolism features a study that will be of interest to any runner seeking to perfect his or her race fueling practices. Conducted by scientists at the University of Bath and the University of Nottingham, the study compared the performance effects of consuming carbohydrate in small doses at […] 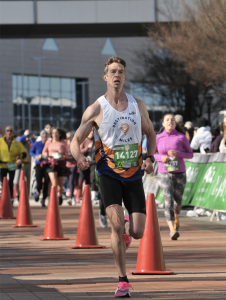 The Joy of Running Angry

I’ve finally gotten around to reading Graem Sims’s excellent biography of Percy Cerutty, Why Die? One of the things I like about it is how liberally it quotes from Cerutty’s writings, which are of mixed, yet surprisingly high, quality. I’ve highlighted a number of passages, including this gem: “To race superlatively I hold that one has to […]

On the Importance of Starting Endurance Races with a Full Emotional Fuel Tank: My Black Canyon 100K Postmortem

During my flight from Oakland to Phoenix last Friday, a mantra for the following day’s Black Canyon 100K trail run came to me: Stay positive. I realized instantly that it was the perfect choice for the occasion because it made me feel more relaxed about the looming challenge.  I don’t really get anxious before big races […] 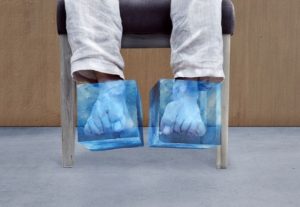 How to Deal with Race Day Cold Feet

We’re all familiar with the phenomenon of cold feet. You want something very badly until you’re on the brink of getting it, then suddenly you’re not so sure you want it anymore. Usually associated with nuptials, cold feet strike not only brides and grooms on their wedding day but also endurance athletes on race days. […]

The Benefits of Rust-Buster Races

Let me be clear: Many if not most endurance athletes race too often. I consider over-racing to be one of the most common and costly forms of self-sabotage in endurance sports. Check out this past post of mine for a full rant on the topic. But in this post I’m going to toss a curveball at […]

At some point during the three-hour drive I undertook with my wife, Nataki, from our home in Oakdale, California, to Santa Rosa last Thursday I came up with a motto for the Ironman I would race two days later: Don’t panic. The phrase arrived out of the blue, as they say, but it did not […]

What a Quarter Century As an Injury-Prone Athlete Has Taught Me about Pain (Spoiler Alert: Not Much)

As a youth runner I never got injured. But then, what young runner does? Kids are made of rubber. Act Two of my life as an endurance athlete has been a different story. Since I got back into racing in my late 20’s (I’m now 47), I have experienced four separate multiyear overuse injuries (in […]

Racing Is the Enemy of Training

One of the more common forms of self-sabotage perpetrated by endurance athletes is racing too often. Now, before I go any further, let me state quite clearly that racing often is not necessarily a mistake . . . if you don’t particularly care about achieving peak performances in competition. For many people, athletics is more […]

“The Price Is Right” Analogy of Marathon Pacing

The fall marathon season is upon us, and you know what that means: Thousands upon thousands of runners will hit the wall before they reach the finish line, slowing down precipitously over the final miles of the race and consequently falling short of their goals. But you don’t have to be one of them! A […]

How to Set a Good Race Time Goal

Many of the posts I write for this blog are inspired by athlete FAQ’s. Well, this is another one. And, quite honestly, I’m note sure why it has taken me so long to write it, because it answers one of the top three most frequently asked questions I get from runners who either have read […]

“You Are Not a Watch” (A Lesson in Pacing)

Are Bounce Back Marathons a Bad Idea?

On April 24, eight days after American running star Galen Rupp dropped out of the Boston Marathon in the 20th mile with hypothermia and breathing problems, organizers of the Prague Marathon announced that Rupp had been added to the start list of their event, to be held May 6, a day shy of three weeks […]

Letters to the Coaches: Top Training Tips from David

David, This season I’m doing my first marathon, first olympic tri, and first ironman. I am super stoked to get to do these workouts! I really love how organized your program is and I used your website to set up all my zones and stuff and it makes a ton of sense. I trained for […]

The Livelihood Mindset Vs. the Hobby Mindset

Running is a hobby for the vast majority of runners. Only for a tiny fraction of the runner population is the sport a livelihood. Because the pros depend on their race performances to put food on the table, they typically do everything in their power to maximize their performance. This no-stone-unturned approach to running is […]

Letters to the Coaches: Triathlon Running Power Plans and Electrolytes

Hi David, I hope you are well. I was excited to receive your email about the addition of 80/20 ironman plans with running power targets. I’m currently using the level 3 Pace and Power ironman plan, but would love to try the power and power plan. Is there a way to get access to this […] 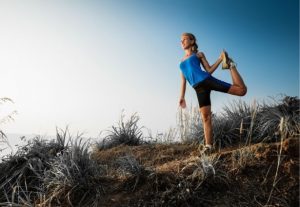 When you wake up on race morning, you’re either physically prepared to achieve your goal or you’re not. There is nothing you can do to change your fitness level in the final hours before the gun goes off. Your mind is another matter. Recent science has demonstrated that the thoughts and emotions a runner experiences […]