The era of big data has arrived in sports science research, and I couldn’t be happier. For a long time I was skeptical about sports science as a source of useful information about how to train effectively as an endurance athlete. The typical study was just too limited in scope and too simplified in comparison to the real world for me as a coach to put much stock in its findings. Even basic truths like the importance of training at high volume to maximize endurance fitness had virtually zero support in the scientific literature because it was almost impossible to prove or disprove within the constraints of a typical sports science study.

But the advent of big data has changed all that. Now scientists can answer specific training questions with a high degree of confidence by collecting training data from tens of thousands of athletes and teasing out correlations between training inputs and fitness and performance outputs.

The latest example is a study on tapering in marathon training that was conduction by Barry Smyth and Aonghus Lawlor at University College Dublin and published in Frontiers in Sports and Active Living. Smyth and Lawlor analyzed data from the devices of more than 158,000 runners in the final weeks of marathon training, focusing on 1) how long their taper period was (i.e., how many weeks out from race day their training volume began to decline), 2) how disciplined their taper was (i.e., how consistently their training volume decreased throughout it), and 3) how well they performed in the marathon relative to their best 10K time. Here are the main findings:

The authors concluded, “An important practical implication of this work is that there could be an opportunity for many runners to improve their relative performance by implementing a more disciplined form of taper. This is likely to be of considerable interest to recreational marathoners and coaches.”

They’re certainly right on that last point. As a coach to many marathon runners, I take considerable interest in these findings. But I’m not exactly sure yet what to do with them. I’ve always believed that the duration of a taper should be determined by how hard the athlete trains before the taper, and that most recreational runners don’t train hard enough to require a long taper. In this study, appropriately, high-volume runners were found to have engaged in the longest tapers, but even lower-volume runners tended to gain a slight benefit from a three-week taper versus a shorter one. The impact of a disciplined taper was greater than that of a lengthier taper, however, and like any coach with half a brain I always prescribe disciplined tapers, so that won’t change. 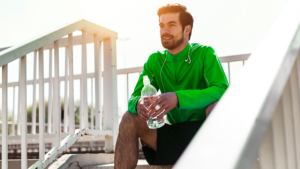 Come to think of it, I don’t know if anything will change. Off the top of my head, I can’t think of a single athlete I’ve ever coached who underperformed in a marathon as a consequence of feeling under-tapered going into the race. As they say, if it ain’t broke, don’t fix it. On the other hand, my curiosity is piqued, so I will probably give one of my athletes an opportunity to experiment with a slightly longer marathon taper in the near future. If it doesn’t work, we can both blame Barry Smyth and Aonghus Lawlor.

As a final note, although this study focused on marathon tapering, its most striking finding had to do with marathon pacing. Specifically, female runners were found to pace their marathons far more skillfully than male runners, who on average added 4.49 minutes to their finish times by starting too aggressively and hitting the wall. For me, this finding points to the need for a comprehensive guide to developing pacing skill. Stay tuned.