The apprehension runners feel before a race and the suffering they experience during a race constitute a sort of crisis state—a special kind of crisis state that is actively chosen by the runner. Like other crisis states, this one tends to bring one’s personal weaknesses to the fore. If a runner’s mind lets him down in some way before or during a race, it is likely because of a specific mental soft spot he carries inside him at all times and affects his life both within and outside of running.

The epigraph of my book How Bad Do You Want It?, taken from Bryce Courtenay’s novel The Power of One, captures this idea of non-separation between human and runner: “The mind is the athlete.”

I speak from experience. The key weakness that ruined running for me as a teenager was good old-fashioned cowardice. I was cripplingly afraid of the suffering that is an unavoidable part of racing. When I got back into running as an adult, I made it a high priority to become a braver athlete. As fate would have it, though, life threw a series of personal crises at me that made the suffering of racing seem laughably minor in comparison, and it was the mettle I developed in facing these crises that turned me into a fearless racer. (I know I’m being somewhat cagey here—that’s because the full story is in my latest book, Life Is a Marathon.) 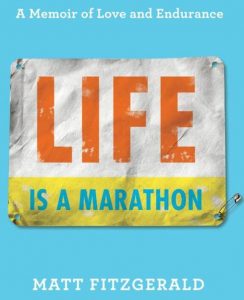 So, that was my big issue. But other runners find all kinds of other issues coming to the surface when they expose themselves to the crisis of racing. One of the athletes I coach struggles with performance anxiety. She kicks butt in training only to crash on race day because she tightens up under the pressure she feels to fulfill expectations. It’s a frustratingly ironic problem, her fear of failure being the very thing that causes her to fail.

My brother Josh, also a runner, struggles with consistency and follow-through. He has a long history of brief habits in all facets of his life, an issue that he has committed himself to working on through running. Having aborted many “comebacks” as a runner over the years, Josh is now on a patient yet persistent mission to qualify for the Boston Marathon. He’s facing as many setbacks as ever before in pursuit of this goal and has as many excuses as ever to abort yet again, but his attitude is fundamentally different this time.

As a coach, I love seeing my athletes embrace growth in this fashion and am disappointed when they shrink from opportunities to move forward as human beings who happen to be athletes as well. I once coached a runner whose biggest hang-up was low self-esteem. By no means did I judge her for being insecure, but what did make me want to grab her by the shoulders and shake her a bit was her unwillingness to use running to work on this issue. I recall putting a palm to my forehead in dismay when I called her to get a report on the 5K race she’d run the day before and she confessed that she had skipped her pre-race warm-up drills because she was too self-conscious to be seen doing them.

Sometimes personal growth may seem to have to come at the expense of running, but even then it doesn’t. When I lived with professional runner Matt Llano in Flagstaff last summer, he told me during one of our deeper conversations that he was so powerfully driven to achieve his dreams as an athlete that he had a tendency to prioritize training and competition at the expense of his personal life. For a long time, he said, he felt that putting more time and energy into other people could only hurt his running, but his mind changed when he ran a breakthrough 1:01:47 half marathon shortly after he entered into a new romantic relationship and was in love and happy. At the conclusion of our conversation Matt and I agreed that even if all you care about is running, you will run better if you care about more than just running.

Some folks reading this post may object to my use of the words “weakness” and “better person,” but I use them with intent. I believe in the value of being brutally honest with oneself, calling a spade a spade, and holding oneself to high standards. When running is approached as a sport, where—like it or not—there are clear-cut winners and losers, successes and failures, it becomes one of life’s best training grounds for life, which can also be rather unforgiving, if you hadn’t noticed. I encourage every runner to take full advantage of this potential. So, the next time you find yourself buckling under pre-race apprehension or mid-race suffering, ask yourself why and then use the answer to work on a solution. You will be a better runner and, yes, a better person for it.