When the Question Is Cycling Cadence, the Answer Is Nobody Knows Skip to content

Every once in a while an athlete asks me why cadence is never prescribed in the cycling workouts included in our 80/20 triathlon plans. I fear that I will soon hear this question more often than once in a while, as I’m currently building a full selection of 80/20 plans for various types of cycling events (Gran Fondos, gravel races, time trials), and I’m choosing not to prescribe cadence in any of these offerings, either. The purpose of this article is to forestall the anticipated deluge of cadence questions by answering them once and for all.

Let me start by flipping the question around. Instead of asking why cadence is not prescribed in our cycling workouts, let’s ask why it would be prescribed. As I see it, several conditions would have to be satisfied in order for prescribed cadences to be justified. For starters, the optimal cadence for cycling would need to be known, and known not just for one type of rider and one type of ride but for all types of riders and all types of rides. Additionally, we’d need certain knowledge of the benefits of pedaling at various cadences (hence the purpose of specific cadence targets). Then and only then would it be possible to prescribe cadences that fit both the rider and the workout and reliably produce the desired outcome.

Well, guess what: None of the prerequisites for cadence prescription has in fact been met. It’s harder than you might think just to define optimal cadence. As Anthony Whitty of Australian Catholic University and colleagues wrote in a 2017 paper, “[T]he determinants of the optimal cycling cadence are multifactorial and not completely understood.” Is the optimal cadence the one at which blood lactate accumulation is minimized? Or should we be looking instead at oxygen consumption? How about perceived exertion? Mechanical torque? Time to exhaustion? Time trial performance? Research has shown that cycling cadence is optimized at different rates depending on what’s being measured, which doesn’t exactly provide firm footing for prescriptions.

The term freely chosen cadence (FCC) refers to the pedaling rate that individual cyclists naturally adopt when performing a given cycling task. FCC varies between individuals based on experience, fitness, sex, age, size, and strength, and varies within individuals based on intensity and topography. Experienced cyclists with a high level of aerobic fitness tend to choose a cadence that is considered close to the energetic optimum during high-intensity tasks, but in most other circumstances, most cyclists do not. 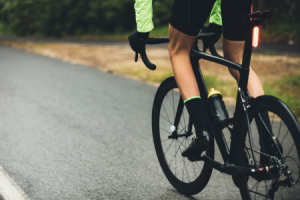 In my view, the ultimate test of a particular cadence’s effectiveness is performance. The whole point of cadence selection, after all, is to get to the finish line of races and time trials in the least time possible. Yet you wouldn’t necessarily know this from perusing the scientific literature on cycling cadence. Research in this area is frustratingly sparse and inconsistent. The clearest through lines are as follows:

The picture remains fairly muddled, however, and most experts agree that we are very far away from being able to calculate an individual cyclist’s optimal cadence based on the factors (experience, fitness, etc.) that appear to determine it.

Then there’s the whole question of whether optimal cadence changes over time, and whether this happens automatically or it must be encouraged, and whether certain training methods can be used to change optimal cadence beneficially over time. In the Whitty study I quoted from earlier, 16 competitive male cyclists were separated into two groups, one of which completed 18 low-cadence (20 percent below FCC) intervals over a period of six weeks while the other group did an equal number of high-cadence intervals (20 percent above FCC) over the same span. In post-intervention testing, FCC was found to have increased in the high-cadence group, while the low-cadence group showed bigger gains in time-trial performance. There was no control group, however, so it’s tough to know what to make of these findings other than that low-cadence training produces different effects from high-cadence training.

The long and short of it is that, if we were to include cadence prescriptions in our 80/20 cycling workouts, we would be unable to defend their appropriateness for every cyclist, nor would we be able to predict their effects on fitness and performance with any confidence. I think you will agree that this is a rather flimsy foundation for prescribing cadence.

My default approach in dealing with all thorny training questions is to copy the elites, insofar as this is possible. One thing experts are reasonably confident of is that cadence is broadly optimized among elite cyclists. How do they get to this point? I believe that no fewer than four factors contribute to the optimization of cadence in elite cyclists:

Factors contribute to the optimization of cadence in elite cyclists

On the basis of these facts, I advise cyclists looking to optimize their cadence to ride a lot, include a lot of variation in their training, learn to read their bodies better, and focus on getting as fit as they can.