The concept of a limiting rate of oxygen consumption during exercise, or VO2max, has existed since 1923. For almost a century, we’ve known that oxygen consumption increases as the intensity of exercise increases, that some people are able to consume oxygen at a higher peak rate than others, and are therefore able to exercise more intensely, and that training increases an individual’s highest achievable rate of oxygen consumption, and with it their exercise capacity. No other phenomenon has been as exhaustively in exercise science. Just now I performed a keyword search of “VO2max” on PubMed and got 11,752 hits.

You might think that by this point there would be nothing left to learn about the phenomenon. But if you did, you’d be wrong! Two new studies touching on VO2max have been published within the past few weeks alone. I’d like to tell you about one them here, as it offers practical lessons for everyday endurance athletes like us.

Cyclists and triathletes often use a 20-minute time trial to estimate their functional threshold power (FTP), which is the highest wattage an athlete can sustain for 60 minutes. Obviously, no athlete can sustain quite as much power for 60 minutes as they can for 20 minutes, so a simple formula is used to estimate 60-minute power from the result of a 20-minute test. All the athlete has to do is multiply their average wattage in the test by 0.95. For example, if you average 226 watts in your 20-minute time trial, your estimated FTP is 206 x 0.95 = 215 watts.

This one-size-fits-all formula is based on the assumption that athletes are able to sustain 5 percent less power for 20 minutes than they can for 60 minutes. But does this formula really fit all athletes? That’s the question Sebastian Sitko of the University of Zaragoza and colleagues sought to answer in a study published recently in the Journal of Science and Medicine in Sport. 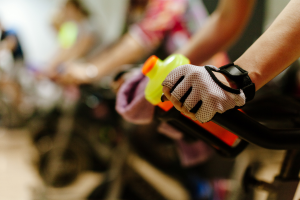 Here are the results: On average, the recreationally trained cyclists were able to sustain their estimated FTP for 35 minutes, while the trained cyclists lasted 42 minutes, the well-trained cyclists 47 minutes, and the professional cyclists 51 minutes. As we see, the Allen & Coggan test (as it is known) tends to overestimate FTP, and the lower your VO2max is, the greater the error is likely to be. The reason is that the rate of decline in sustainable power over time is steeper for less aerobically fit athletes, who are less fatigue resistant.

This becomes a problem for athletes who base their training zones on the one-size-fits-all formula proposed by Allen & Coggan. An athlete with a VO2max of 47 who uses 95 percent of 20-minute power as their FTP will probably end up with zones that are too aggressive and will consequently train too intensely. This doesn’t mean we have to dispense with the protocol altogether; it just means that athletes of different levels need to use different multipliers to generate an accurate estimate of FTP from the result of a 20-minute time trial.

My suggestion is to use the same result to calculate your power-to-weight ratio, which is a decent proxy for VO2max, hence a good way to determine your level as a cyclist and select an appropriate multiplier for estimating FTP. Simply divide your 20-minute power by your weight in kilograms, see where this puts you on the table below, and use the recommended multiplier to calculate your FTP.

Let’s go back to our earlier example of an athlete who averages 226 watts in a 20-minute time trial. Now let’s suppose this athlete weighs 73 kg (160.6 lbs), which gives them a power-to-weight ratio of 3.1 W/kg, and let’s also suppose the athlete is male. Referencing our handy-dandy table, we see that the appropriate multiplier for estimating FTP is 0.93, which yields a result of 210 watts. That’s a number the athlete is more likely to be able to sustain for a full hour than the 215 watts we got from the Allen & Coggan formula and will generate power zones that better fit the athlete. Now you try!